What difference does it make? Why I made Sarah Palin Secretary of State in 2012 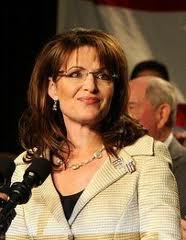 Although life in the End Days is characterized by a permanent political ruling class worldwide that mainly cares about their own power, greed and enrichment, there are a few notable exceptions. Among them is Sarah Palin, which is why I was determined to find a way to incorporate her into the novel. She has always struck me as someone whose words and deeds are consistent, and whose heart is in the right place. In weaving real life events into my plot, I came up with the following solution that some beta readers have told me strains credibility — even though they also like Sarah Palin very much.

So be it. I had to be creative and this was the best way I could think of to involve Sarah Palin, a character I also needed to help explain the energy system in the End Days. Readers first discover her presence in the book in Step One during Hillary Rodham’s answer to her teacher’s question about the sins of her ancestor Hillary Rodham Clinton:

“Sir, the worst thing that happened under Hillary’s watch was when she was Secretary of State. On September 11, 2012 four Americans were slaughtered after an eight-hours-long embassy attack in Benghazi. It took months after that for anyone in D.C. to even make her testify and when she finally did, all she could say was, ‘What difference does it make?’ when some senators pressured her to give them a timeline of events leading to the murders. It’s true that enough Americans pressured the White House to force her resignation a few weeks later and appoint former Alaskan Governor Sarah Palin. But even after she resigned, people began talking up Hillary Rodham Clinton’s presidential run in 2016. Unbelievable!”

Later in Step Two, we learn that in the year 2412 Sarah Palin was one of the few American leaders left who actively supported Israel in spite of its isolation from the USA and the rest of the world:

Although she despised these extravagant meetings for being a waste of time and taxpayer money, as the new US Secretary of State she saw this gathering as an opportunity to publicly support the Prime Minister of Israel in person—the White House be damned. She’d advise Grad privately of her support for Israel and apologize for the actions of her government. She’d also make a public declaration in direct opposition to the American President. It would be an unprecedented move but Palin was no ordinary, self-centered, power-obsessed American politician; she was an extraordinary, genuine leader who always stood up for what was right in spite of the consequences.

After the terrorist attack, Palin’s soul joins the souls of eleven other world leaders on the other side while their bodies remain in comas in their respective countries. Here, she meets Advanced Soul Nikola Tesla for a discussion of the changes that must be made to the energy industry:

In the next moment, Nikola Tesla manifested on stage.

“Thank you, Mr. Moses,” he said, his brown mustache and long angular face instantly recognizable to the New Souls in the audience. Of all the members of the Salvation Twelve however, it was Secretary of State Sarah Palin who took a special interest in this former electrical and mechanical engineer, inventor, physicist and futurist. Having been intricately involved in energy issues during her tenure as Governor of Alaska, she was eager to hear what he had to say. Reading her mind, Tesla looked directly at her and made a request.

“Madam Secretary, please rise and tell us about the biggest energy challenges you faced during your time on the physical plane. Your achievements have not gone unnoticed in the spiritual realm.”

“Thank you Mr. Tesla,” she replied humbly. “Honestly, the toughest challenge I faced wasn’t a lack of natural resources but an abundance of negative character traits, thanks to the fallibility of human nature.  I’m referring to the staggering arrogance and self-interest of greedy politicians and oil company executives who abused their power and cut deals with each other to line their own pockets at the expense of the people. And some of them were members of my own party—a party with a platform of fiscal responsibility, ethical behavior and adherence to the United States Constitution!

“It got so bad that at one point I even resigned from my job as Chairwoman of the Alaska Oil and Gas Conservation Commission in protest against a fellow commissioner and state Republican Party Chairman. I was extremely unhappy that this man had been conducting party business on state time and did not want to be associated with someone so obviously lacking in integrity. It didn’t come as any great surprise that he was later fined $12,000 for violating state ethics laws.

“But the oil companies were also a problem. At any given time they had a number of projects under consideration based on various factors, most notably return on capital. These oil companies were investing in other projects around the world while Alaska’s projects sat waiting, denying jobs to citizens and energy resources to my state and country’s hungry markets. So as governor my interest in speeding up development of my state’s resources was motivated by a desire to create good jobs and to help my country become energy independent.

“Probably my most famous fight with big oil was with Exxon Mobil. I attempted to revoke their license to the Point-Thomson oil-and-gas field, one of the largest undeveloped fields in the USA, because they’d been sitting on it for 26 years! Since they’d failed to develop it quickly enough, we were losing jobs and energy. When Exxon Mobil announced soon after that it had brought in equipment and planned to drill the following winter, many credited me for the decision while others doubted I had anything to do with it. I didn’t care either way; I just wanted them to move forward or else face the consequences.

It’s sad that so many Americans are unaware of Palin’s many accomplishments. That’s why I wanted to include them in the book in the course of this interaction. Tesla commends her for her achievements and insight before giving this order:

“Now then,” he continued, “while I am most impressed with your actions on earth, I must tell you there is a much better way to provide energy cheaply and abundantly for the citizens of all nations. And that is by tapping into the power of earth, which produces its own natural heat in endless abundance. By using thermal energy extracted from the earth’s core to run electrical generators and turbines you’ll produce energy cheaply—practically free. This will also transform the energy industry from a hydrocarbon base to an electrical base, eliminating the need for what many of you on earth still wrongly refer to as fossil fuels. This is completely bone-headed.

“The very term ‘fossil fuel’ is a big lie.  It originated out of ignorance because 100 years ago when humans started using oil, they thought that petroleum fuel originated from the fossils of extinct dinosaurs. Today we know that hydrocarbon fuel does not come from fossils; it’s not a byproduct of extinct dinosaurs but a natural result of an earthly process in which water from the sea flows into the core of the earth, breaking down and creating a new molecule of hydrocarbon between the hydrogen from the sea water and the carbon from the rocks. Anyway, I just needed to clarify that point because it drives me crazy that anyone on earth still buys into the fossil fuel bunk.

“But getting back to the matter at hand, when you make the transition to plentiful, electrical energy, you won’t have to deal with the arrogance, pride, egomania and greed of oil industry executives or politicians.”

“So we need to build more nuclear power plants?” Palin asked. “Because as you probably know that’s been another bone of contention for decades, ever since the Three Mile Island incident in 1979.”

“My dear,” Tesla answered, “that’s one thing that puzzles me the most about the so-called leaders inhabiting the earth these days. And what’s wrong with some of these scientists? Don’t they know there is absolutely no need to even build nuclear power plants in the first place? You are all sitting on an earth that produces its own natural heat; it’s simply a matter of extracting it.”

“By taking advantage of a natural phenomenon on earth you already know as the Ring of Fire, an area where a large number of earthquakes and volcanic eruptions occur in the basin of the Pacific Ocean. The Ring of Fire is a direct result of plate tectonics and the movement and collisions of lithospheric plates. Your colleague Eyal Grad has already tapped into this resource, perfecting the process of extraction so well that now all of his country’s cars are powered by electrical energy. We’ll pick his brain about it in a moment,” Tesla promised. Grad illuminated over the prospect of sharing his success in this regard.

“That sounds good to me!” Palin laughed. “But how exactly will this work? Have you seen how dangerous these so-called ‘smart cars’ are? How will people get around? Are we eliminating private vehicles?”

“Oh heavens, no!” Tesla exclaimed. “We’re all about empowering individuals in Salvation Time, not taking away their freedoms. The cars they’ll have will be even stronger and safer than the popular ones in use now. The major difference is that these cars will operate purely on electricity. And interstates and highways will continue to exist but they will be equipped with ‘charging lanes’ much like the slower traffic right lanes you have now. Except the purpose of these right charging lanes will be to recharge cars that are running low on electricity.”

You’ll have to read my book for the complete conversation but this is also a vehicle for me to express my ideas for improving the energy industry for the good of everyone. To that point, it made perfect sense to include Sarah Palin as a character since she’s done so much to reform energy and punish amoral politicians in real life. We must rid not only the United States but all countries of the world of political dynasties and enact commonsense reforms to vital industries including energy. Then all former extravagant residences like the White House will be nothing more then museums in Salvation Time. 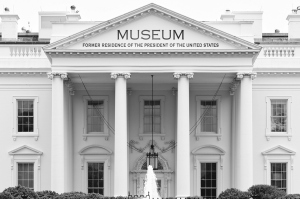 What do you think? Please contact me here or visit my Facebook Page to join in the conversation. Thank you.

This site uses Akismet to reduce spam. Learn how your comment data is processed.